When it comes to the climate crisis, do credit unions have a role to play?

It’s a valid question in a polarized world. For some members, the topic is a “no brainer”—an issue your credit union must take a stand on. Others might feel turned off by an explicit focus on climate change, particularly if fossil fuel companies are major employers in your area.

All that said, outright climate change deniers seem to be becoming fewer and further between. Even if there might be disagreement about what’s causing climate change, an increasing number of Americans believe it’s happening.

In fact, an October 2021 poll from AP-NORC/EPIC found that:

The time seems to be ripe for action. Not only was this past summer one for the record books when it came to natural disasters, making climate change more top-of-mind for the average American, but the recent passage of the Inflation Reduction Act (IRA) has opened up a wealth of new opportunities for the finance industry.

According to this article from The Atlantic, investment bank Credit Suisse believes the IRA “will have a profound effect across industries in the next decade and beyond” and that the Act has the potential to be an even bigger driver of economic growth than even its most fervent cheerleaders currently believe.

The IRA will make billions of dollars of funding available to address climate-related issues. For instance, the Greenhouse Gas Reduction Fund—which is part of the IRA—has a $20 billion portion that could be a very good fit for credit union lending, especially for those who are certified as Community Development Financial Institutions (CDFIs).

On a recent episode of The Remarkable Credit Union podcast, we had the chance to talk with Neda Arabshahi, Vice President of the Inclusiv Center for Resiliency and Clean Energy. “Credit unions,” she said, “are very well positioned to deploy capital to their communities to invest in clean energy, energy efficiency, and other climate finance solutions. They’re local lenders, they’re part of the communities where they operate, and they’re designing products that best serve their communities.”

According to Inclusiv, at least 321 credit unions across the country are currently offering dedicated green loan products in the areas of solar, energy efficiency and electric or efficient vehicles. Eighty-three have shared their lending data with Inclusiv and report they’ve originated over $2.6 billion in green loans over the last few years. This includes Tucson Old Pueblo Credit Union, which is the #1 solar lender in Tucson and has originated over $25 million in solar loans in 2022 alone, as well as Clean Energy Credit Union in Colorado (a new client who we are helping to redesign their website), which has funded over $110 million in clean energy loans.

While demand for green loans is on the rise, and even more so with the new opportunities afforded by the IRA, can your credit union message around them in a way that will resonate effectively with your members? Many credit unions that currently offer green loans, and that message proactively around them, serve a membership base that is actively worried about climate change and wants to do its part to mitigate it.

But if your members don’t fit that profile, it doesn’t mean they won’t be interested in green loans — it’s all about how you position them. Here are three angles to consider:

Especially for: Low- to middle-income depositors worried about paying bills; families stretched thin by the rising costs of housing, childcare, and education; and anyone else struggling with inflation

Positioning clean energy as a way to save money doesn’t require your credit union—or your members—to take a stand on the links between energy consumption and climate change.

And this focus will help protect your most vulnerable members: The ones whose financial well-being is most at risk when energy prices jump and who are least likely to be able to afford the expense of energy-cutting updates, like EVs and energy-efficient furnaces.

Affordable green loans, particularly when the cost of the initial investment simply replaces an energy bill a member is already paying, can make these updates possible. To stretch the power of your loan products, contact your local government and/or utilities to learn more about their available incentives and subsidies for green investments. With this information in hand, your credit union will be able to customize your loan products to tap into available funds and win even bigger savings for your members.

OPALCO (Orcas Power & Light Co-op), a PixelSpoke client and a nonprofit cooperative utility in Washington State, offers customers a variety of energy—and money-saving—resources. Your credit union could borrow a page from their Lower My Bill Toolkit.

As inflation continues to rise, everyone wants to save money where they can. Messaging around the savings potential of clean energy is likely to resonate with … well, just about everyone.

Especially for: Rural members and those most vulnerable to natural disasters

If there’s one thing that Americans take pride in, it’s independence. We get particularly upset when we feel we lack control or when we have to deal with uncertainty for a prolonged period of time.

And yet, the United States has more power outages than any other developed country, which regularly plunge us into helplessness and ambiguity. Considering the increasing number of things we regularly rely on that require electricity, power failures have the potential to hugely disrupt our daily lives — not to mention that they can be life threatening in extreme temperatures.

Plus, they are getting more common. As reported by CNN, “Power outages in the US in the past 10 years increased by 64% compared to the previous decade.”

Messaging around energy independence and emergency preparedness is likely to resonate with anyone who is particularly vulnerable to power outages, whether they live in a more remote area or in a region more susceptible to storms. This type of messaging can land with members across the political spectrum and doesn’t have to be explicitly connected to climate change. Few would argue that extreme weather is wreaking more havoc on our daily lives, even if there’s disagreement about the root cause.

Especially for: Those committed to climate justice who don’t want to support the fossil fuel industry

While some credit unions may want to de-emphasize climate change when marketing green loans, others might benefit from hitting that angle even more directly. Big banks have invested $4 trillion in fossil fuels since the Paris Agreement. That fact alone could inspire the 31% of Americans who believe the U.S. should phase out the use of fossil fuels completely to switch to a financial institution that more closely aligns with their values.

Alternative banks, like Aspiration, are already messaging directly around fossil fuel divestment — and with success. Its homepage proclaims:

“You can change Climate Change. There’s a good chance your bank is using your money to fund oil projects that destroy the climate. Put your money where your values are. Join Aspiration today!”

Credit unions can also get out in front of the issue and show their communities how transitioning to green energy will benefit them in the long run. In a recent conversation with Andrew Bogrand, the communications director for Divest Oregon, we discussed how divesting from fossil fuel and investing in the right technology and the right communities will create economic opportunities for all. And that’s certainly an aspiration with which credit unions can align.

No matter where you’re located or who comprises your membership base, there are ways to message around clean energy that will resonate in your community. And even if you don’t currently offer green loans, they’re not actually that large of a leap for most credit unions. After all, a home improvement loan is not that different from an energy-efficiency loan; a car loan is very similar to an EV loan.

When it comes to the climate crisis, we absolutely believe that credit unions have a role to play —  and that the time to take action is now.

This story originally appeared on CUInsight. 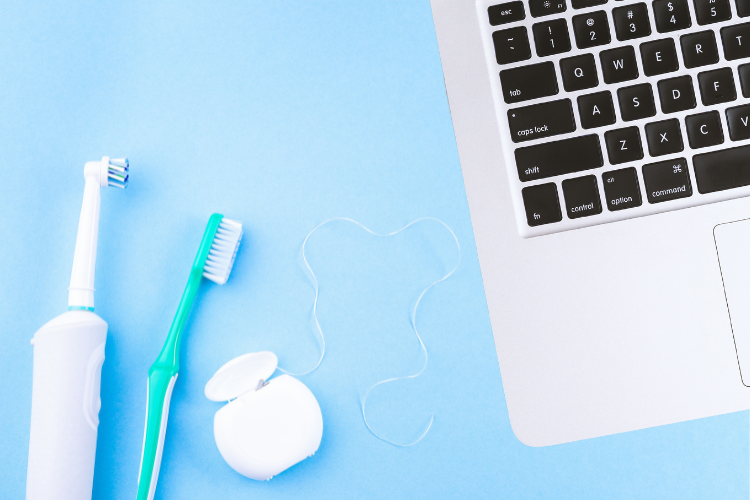 I have yet to meet anyone who loves to floss…and no one less so than my father 🤣. But since we all know it’s important to prevent gum disease and cavities, many of us do it anyway, if somewhat grudgingly. We know… END_OF_DOCUMENT_TOKEN_TO_BE_REPLACED 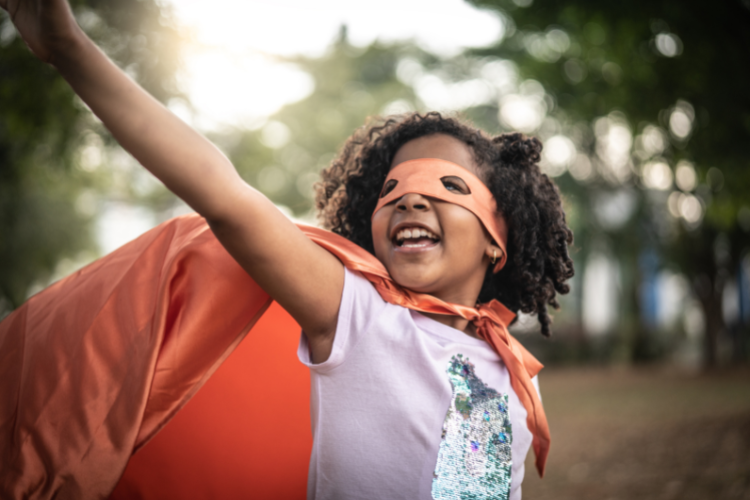 Why Habits, Not Heroics, Are Key to Credit Union Success

Which is more important to the success of your credit union—heroes or habits? The notion of a hero is certainly tantalizing at first glance. Who doesn’t love the idea of overcoming impossible odds to make something great happen? Proving the naysayers who… END_OF_DOCUMENT_TOKEN_TO_BE_REPLACED 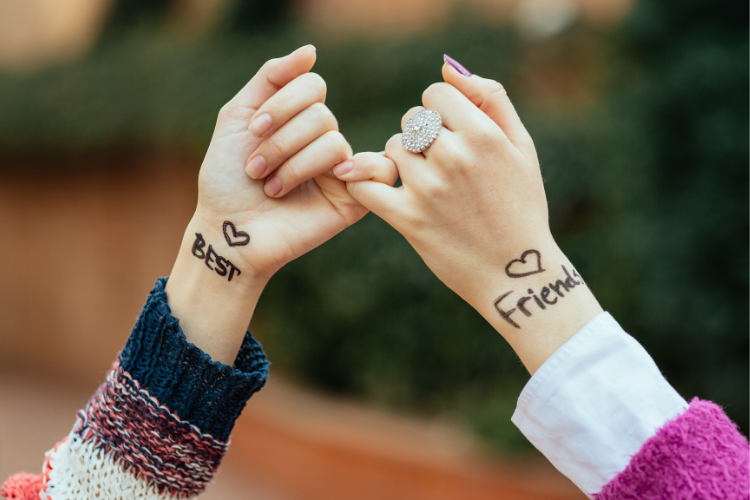 Can Credit Unions and Vendors be BFFs?

In my early days of working with credit union clients, I attended my first credit union trade show in my capacity as a board member. As I mingled with other attendees and went to sessions, I was struck by how frequently the… END_OF_DOCUMENT_TOKEN_TO_BE_REPLACED